I am writing this appeal to protest my recent personalized plate denial for "1CE9", a tribute to the great American author and World War II veteran, Kurt Vonnegut, who tragically died this year.

By itself, the ice-nine reference may appear to be a political statement considered offensive because of Kurt Vonnegut’s anti-war political stance or because ice-nine acts as an unstoppable doomsday device that threatens to destroy all life on earth and teaches us to be wary of the power of new science and technology.

I would like to assure you, however, that this is not the case. While I did wish to honor Vonnegut, I had no specific political intentions. Furthermore, and more importantly, the message was intended specifically to match the vehicle, shown below. A reference to ice-nine implies a combination of evil, danger, coldness, and advanced technology. While that message may be offensive by itself, when combined with the vehicle and a little sense of humor, it becomes a message of exaggerated hubris and literally coolness. It matched perfectly. [After all, what is cooler than ice9 except for maybe this bike?] 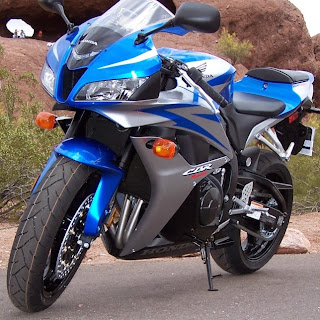 
Tune in next time for my appeals to the rejections of "CATCH22", "RM101", and "F451". I guess they don't like anti-fascist literary references either.
by RhymesWithOrange 1 comment: