Where I Agree with the Tea Partisans 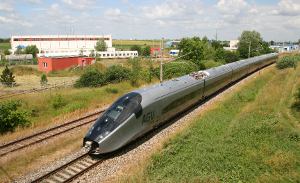 image by Miroslav.broz
There is one area where I would seem to agree with the tea partiers. They want to repeal/undo the stimulus, and so do I. They think it was just another example of wasteful liberal taxing and spending. I would say that they are ignorant about what the recovery act is -- that it's having the impact it was designed to have, and as the economy stabilizes, we should pay it back! But pay what back, exactly? When you break it down, where it seemed we agree on policy, it turns out our policy positions could not be more different!

First, consider the largest portions of the stimulus: infrastructure development and middle class tax cuts. What does it mean to "repeal" or "undo" or otherwise take this money back?

How do you "undo" infrastructure development where it's already been funded? It would be insane to destroy infrastructure, and only slightly less insane to cancel infrastructure projects already underway, especially where they are badly overdue anyway [remember the Minneapolis bridge collapse]. The obvious, prudent answer is to make up for the additional debt incurred by spending less on infrastructure in the future. Many infrastructure projects are anticipated needs anyway, so we shouldn't have too much problem there. Is that what the tea partisans mean? Not exactly. What they really mean is that they have no clue what's in the stimulus. Many of the politicians who railed against it and are running against it, attended ribbon-cuttings in their districts to implicitly take credit for these "obviously" needed infrastructure projects. They don't want those projects stopped. Their position is not one of policy! It seems to be a purely rhetorical position preying on the ignorance of the audience rather than advancing shared goals with them.

How do you "undo" the tax cuts included in the stimulus? We would not only have to take those tax benefits away, we would have to raise taxes to make up for the additional debt incurred. Sure! As the economy stabilizes, I think we should raise taxes [and cut wasteful spending] to pay down the debt! Are the tea partisans suggesting that we raise taxes? No! From their rhetoric, it would again seem that the tea partisans are simply not aware of what's in the stimulus. So it's not so much about a policy position as it is about exploiting ignorance. If we give them the benefit of the doubt and assume that they aren't that ignorant, perhaps we could interpret their position as a philosophical one. Perhaps they want to go back in time and undo those tax cuts, so that we pay more taxes when the economy is in free fall, and in the future, once the economy is stabilized, then cut taxes. That would be the opposite of my position.

This brings us to the part of the stimulus they hate the most: [scary font]entitlements[/scary font]. Never mind that the entitlements in the stimulus were temporary increases in funding to unemployment and Medicaid, both of which saw greater burdens precisely because the economy was hurting. You have to be unemployed or extremely poor to qualify for those programs, and the failing economy created more people in those two categories. So, how would we claw that money back? Maybe we can sell the yachts they bought with the money? If you believe that, there is no hope for you. The rest of us know that unemployment and Medicaid expenses went to pay for basic costs of living, mostly in the form of products and services that were bought from businesses, consumed, and no longer have value except in the well-being of a living person! We could go to the grocers and doctors and ask them for the money back, but they sold something they can't get back -- that would be unfair and it would put a lot of them out of business. Maybe we could grind up the poor and sell the meat as in Jonathan Swift's Modest Proposal. Setting aside the moral absurdity, even some right-wingers would tell you that reducing the population in that manner would make the labor market less favorable to business interests as there would be fewer people begging for jobs and thus market pressure to pay workers more. We progressives are against cannibalism because it is morally wrong. So what is it they want? Again, they seem to want to go back in time and yank out the safety net that saved so many hard working people who were hit by the failing economy.

It turns out that I really don't have any common ground with the tea partisans after all.
by RhymesWithOrange 3 comments: