How Dems Got a "Good Deal" on Fiscal Cliff 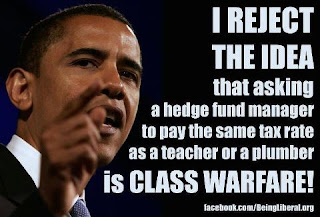 If it seems like Democrats got a "good deal" on the fiscal cliff negotiations, there are two reasons for that:

(1) To some degree, it seems better in comparison to the bad deal Obama offered two weeks earlier. Lucky for Democrats, they rejected it.

(2) As I explained in my previous post, going over the cliff would give the GOP a bloody face, and every day they stood firm would do long-lasting damage to the Republican brand and give Democrats a better negotiating position. Two weeks ago, the GOP leadership was nowhere near even that worse deal Obama offered, but a few hours after going over the cliff, the GOP leadership allowed Democrats a deal one might not have expected for another week after going over the cliff. Why? Saving face! If the talking points we hear from Republicans today sounds at all like credible arguments from a team that just lost a couple of games rather than hallucinatory ramblings of a fanatic, it's because they were allowed to avoid showing the nation what the fiscal cliff really was and how weak their position really was.

If it seems that Democrats extracted concessions from Republicans without giving up much in return, it's because they did give up something more abstract, but huge nonetheless: instead of giving the right wing the bloody face they had coming and gutting the Tea Party, Democrats took some favorable policy and allowed the GOP base to continue holding on to the fantasy that they are serious, responsible fiscal conservatives rather than delusional fools.
by RhymesWithOrange

I hear Democrats trying to bloody up the GOP a little by calling what was done a "tax increase" that some Republicans voted for, but the reality is that they voted to cut taxes for the vast majority of Americans and nothing in the bill explicitly raised taxes. It would have hurt the GOP a lot more to be seen loudly fighting against tax cuts for most Americans via some subtle, tortuous, and increasingly irrelevant reasoning.